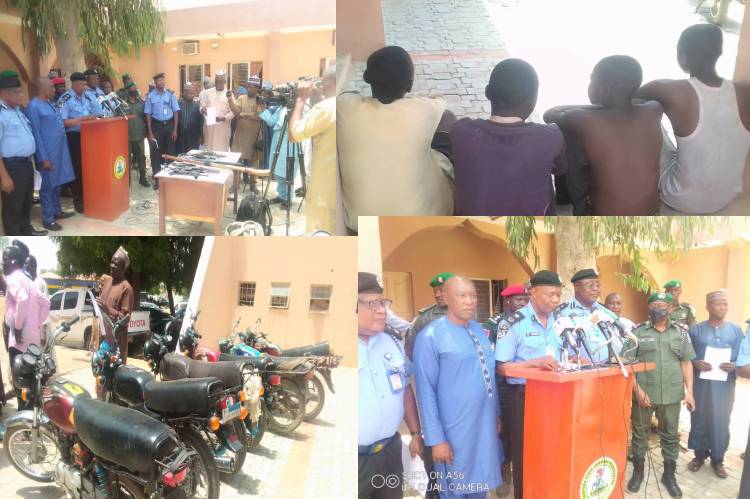 Police in Zamfara have arrested fifteen Hoodlums in connection to Monday’s protest by youths in Kaura Namoda local government area of the state.

Items recovered from the suspects include six motorcycles, four Locally Made Guns using motorcycle plug as bullet, one machetes, sticks and assorted charms

The Zamfara State Police Command also denied stories making the round that two police officers were killed by the youths during the protest.

Normalcy has since been restored in the affected towns and no casualty was recorded in the part of the police and the protesters.