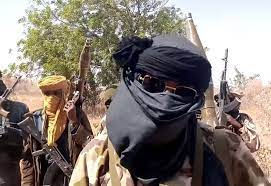 At least one worshipper was shot dead after suspected bandits invaded a church in Chukun Local Government Area of Kaduna State.

Details of the incident which happened on Sunday morning are still sketchy but news men gathered that some worshippers were abducted while others sustained injuries.

Chukun has been under siege by bandits and all efforts to secure residents have not yielded the desired result.

On Friday, corpses of three students of Greenfield University, a private institution in Chukun LGA, were found three days after their abduction.

Gunmen had abducted many students after killing the security guard at the school on Tuesday night.