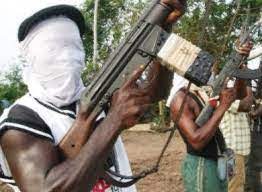 At least seven people have been killed and ten others kidnapped in separate attacks carried out by bandits in Chikun, Kajuru and Giwa Local Government Areas of Kaduna State.

Among the victims were four persons who were kidnapped and shot to death by the bandits at Tsohon Gayan community in Chikun Local Government Area, while another two were also killed at Iri Station in Kajuru Local Government.

Moses Matthew, a resident of Iri Station in Kaujuru Local Government Area, told Channels Television that the bandits stormed the community around 1:00 am with some sophisticated weapons and started shooting indiscriminately.

He said residents of the area heard the sound of heavy gunshots forcing the people to scream, adding that the bandits succeeded in abducting 10 persons.

“They will come and push into people’s houses. At the end of the day, we discovered that 10 of our people were abducted and two were killed,” he said.

“Besides that, these people were saying that they were a small group, that big people will be coming back. So we don’t know what we have done to them and what to do now.”

The distraught resident called on the Kaduna State Government to beef up security and drafting out security operatives in the area.

On his part, the Kaduna State Commissioner for Internal Security and Home Affairs,  Samuel Aruwan who led Security operatives to the affected communities on Saturday, described the attack as inhuman, assuring that the state government in collaboration with Security agencies will do everything possible to arrest the perpetrators and halt further attacks.

“We have lost about seven citizens. Four of the many citizens that were kidnapped in Chikun Local Government were shut dead yesterday and one other person was killed in Galadima General Area of Giwa Local Government.

“In the early hours of today, we got a distress call from Iri Station in Kaujuru Local Government and two citizens were killed. We came here to see things for ourselves.”

Kaduna State and other northwestern states have been battling the scourge of banditry with many being kidnapped and killed in recent months.

As part of the measures to tackle the menace, Kaduna State Governor, Nasir El-Rufai had vowed that the state government would not negotiate with bandits or pay ransom to secure the release of abducted persons.