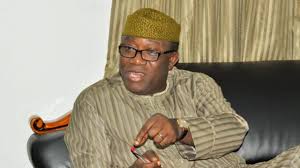 Strategic parts of Ado-Ekiti, the Ekiti State capital have been heavily armed with security operatives ahead of today’s rally by the Yoruba Nation agitators.

Our Correspondent who moved round popular places in Ado-metroplis observed that scores of security officials were stationed at different locations.

They were stationed around the popular Fajuyi park, the venue for the self-determination rally as at 9:20am.

Security officials were also seen in front of the Ekiti Government House, Adunni Olayinka Bus stop, Oke-sa interjection and other strategic points in the state capital.

The agitators were not deterred by the presence of the heavily armed security operatives as they thronge the venue of the rally in their large numbers.