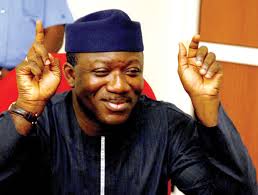 The Ekiti State Governor described whoever advised President Buhari to take the step as his biggest enemy, are the advise is irresponsible.

The suspension was announced by Minister of Information and Culture, Lai Mohammed suspending the activities of Twitter in Nigeria.

Governor Fayemi started that the suspension of Twitter in Nigeria space is not justifiable by argument after the micro-blogging site removed a dangerous, irresponsible and insensitive tweet by the President.

Governor Fayemi on his verified Twitter account berated the federal government on the development and defined the action as an “indefensible move”.

He tweeted, “Suspending @Twitter from Nigeria simply because they removed a dangerous, irresponsible & insensitive tweet by @MBuhari is the most absurd and counterproductive move that the FG could have made.

“Whoever advised Mr President to make this indefensible move is his biggest enemy,” he said.