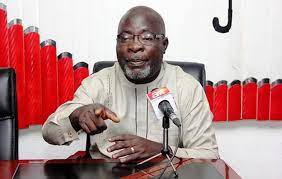 The Peoples Democratic Party, PDP, has provided reasons some governors elected on its platform are dumping the party for the ruling All Progressives Congress, APC.

The PDP accused the President Muhammadu Buhari government of harassing and stifling the opposition governors, causing some of them who are not self-willed to join the APC.

Speaking in an interview with Channels Television on Friday on the recent defection of Governor Ben Ayade of Cross River State, Kola Ologbondiyan, Spokesperson of the PDP, said the defecting governors are only submitting to the harassment of the ruling party.

“The Peoples Democratic Party, PDP, is not in distress. The unfortunate situation the nation has found itself is such that, whereas while the PDP was in governance it strived on social justice, equity, fairness and gave abundant room for the opposition to strive but unfortunately we have a situation in our hands of which a ruling government is harassing and stifling the opposition.

“And it is in those circumstances that those who are not self-willed even though they are governors, are now submitting to the harassment of the All Progressives Congress and their machinations.

“This is the situation our party has found itself. However, it is the imperative state that inspires all this, the Peoples Democratic Party remains unintimidated and will continue to rally round the ordinary Nigerians outside there, who are suffering from the manner of misrule of the Buhari administration and the All Progressives Congress.

“And playing mind games, attracting governors to say ‘Oh, we have this number of governors’ will not help APC because the power indeed lies with the people.”

We earlier reported Ayade’s defection to the APC  on Thursday and he had said the purpose of dumping the PDP was due to the attributes of President Muhammadu Buhari and the realisation that Cross River, which has been emasculated economically following the ceding of its oil wells, needed to be in sync with the party at the centre.