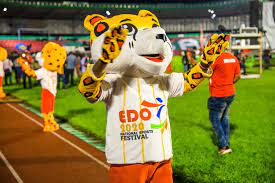 The Main Organising Committee (MOC) of the 20th National Sports Festival held in Benin says the festival tagged Edo 2020 cannot be forgotten by all participants.

Secretary of the committee Peter Nelson stated this while speaking with the News Men on Wednesday in Benin.

Nelson described the festival as an impressive one with fantastic ultra modern facilities that stood the test of time.

According to him, the facilities on ground are avant-garde that majority of the athletes have not seen in their various states.

“I am highly impressed. What we have seen in Edo is fantastic.

“Most of the facilities on ground are ultramodern facilities that stand the test of time and most of our athletes, majority of them have not seen these facilities from their various states, very few have seen it.

“Using it for the very first time, they actually saw difference and that is highly appreciated for the all efforts Edo has put in place.

“I must confess to you that this is a sports festival never to be forgotten by all those that were present,” he said.

On complaints and petitions, Nelson noted they were inevitable things that were bound to happen in competitions of such magnitude.

The MOC scribe explained, however, that the complaints were minute for media discussion.

“I will tell you that there were complaints in term of disciplinary action, little fight. Those are inevitable things that are bound to happen. It happens, but you wouldn’t pronounce it.

“It is not a thing to be discussed because they are just minute issues that actually happen, and that is why I said to you often and again that this festival is a festival never to be forgotten.

“Heads didn’t roll; things went on smoothly; the facilities were fantastic, the officiating officials with the current and ultramodern rules that are being used internationally were the people that we invited to officiate.

“So the element of bias were highly minimal, but remember, not that there were not bias.

“Petitions were treated and it is a good festival,” said the MOC senior official.