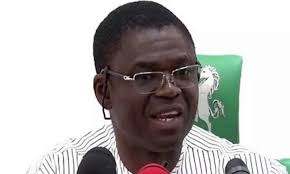 The Deputy Governor of Edo state Comrade Philip Shaibu and the speaker of the State House of Assembly, Hon Marcus Onabun, has urge the leadership of the Peoples Democratic Party (PDP) to zone its presidential candidate slot to South-South geo-Political zone.

Both leaders, made their submission known at an event to celebrate the emergence of chief Dan Orbih as the South-South national Vice Chairman of the party, which was held in Benin city in the resident of late Chairman, Board of Trustee (BoT) of the party, late Chief Tony Anenih

The Deputy Governor said “We voted for President Buhari again and he had a second term. South South must produce the next President of Nigeria. Chief Dan Orbih being National Vice Chairman South South of the PDP from our state is not by mistake. We need to stabilize the state, the zone and Nigeria. That is why we have you. You have a great task ahead of you. You will not only drive it , but we will support you to the benefit of all of us.”

He described Chief Dan Orbih as an astute politician who has fought tirelessly to bring the PDP in the state from opposition to the ruling party.

Shaibu, in company of leaders of the PDP, including former and serving lawmakers said the South-South zone cannot be left behind particularly under the leadership of Orbih insisting that all hands must be on deck to ensure the zone produces the next President of the country come 2023.

On his part, Onobun said he is hopeful that the South-South Vice Chairman of the party would not only deliver the zone for PDP, but would ensure victory and emergence of the next President from the zone in 2023.   In his speech, Orbih pledged to reposition the party and make it stronger in 2023, assuring that the party would change the fortunes of the zone come 2023 Presidential election.