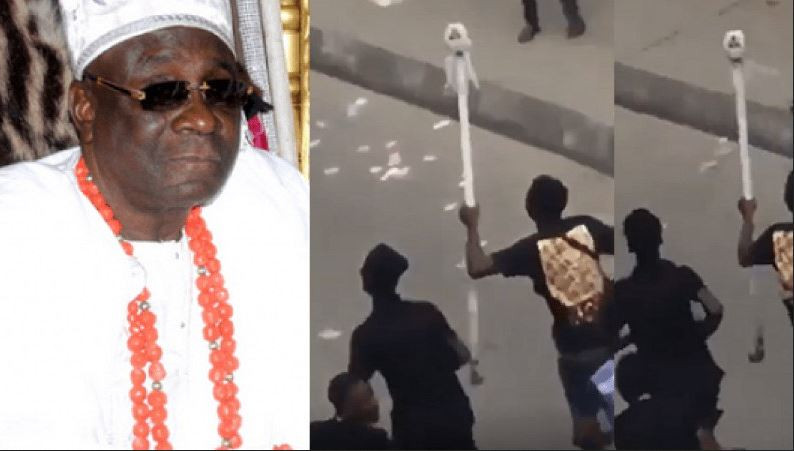 The 1897 invasion in the then Benin empire, was a symbol of unity till date, that was when all the Bini sons and daughters came together and fought the battle that was the battle of all battles, little did we know that one of their very own will encounter similar invasion, years apart

His royal majesty returned to his palace on Friday, January 1, two months after a mob invaded his palace, carted away food substances and other items including his staff of office on October 20.

Following the gunshot attack at the Lekki tollgate on October 20, Lagos state recorded wanton destruction of lives and properties orchestrated by hoodlums. The crisis that erupted in the state saw the invasion of the palace of the monarch, with men and women carting away any item in sight, Some persons even  swim in the pool inside the palace.

The staff of office of the monarch was later found and returned to the palace.

On Friday, the monarch finally returned to his palace after ten weeks of absence.

Posting a video of the monarch entering his palace, Oreoluwa Finnih, senior special assistant to the Lagos governor on health, tweeted