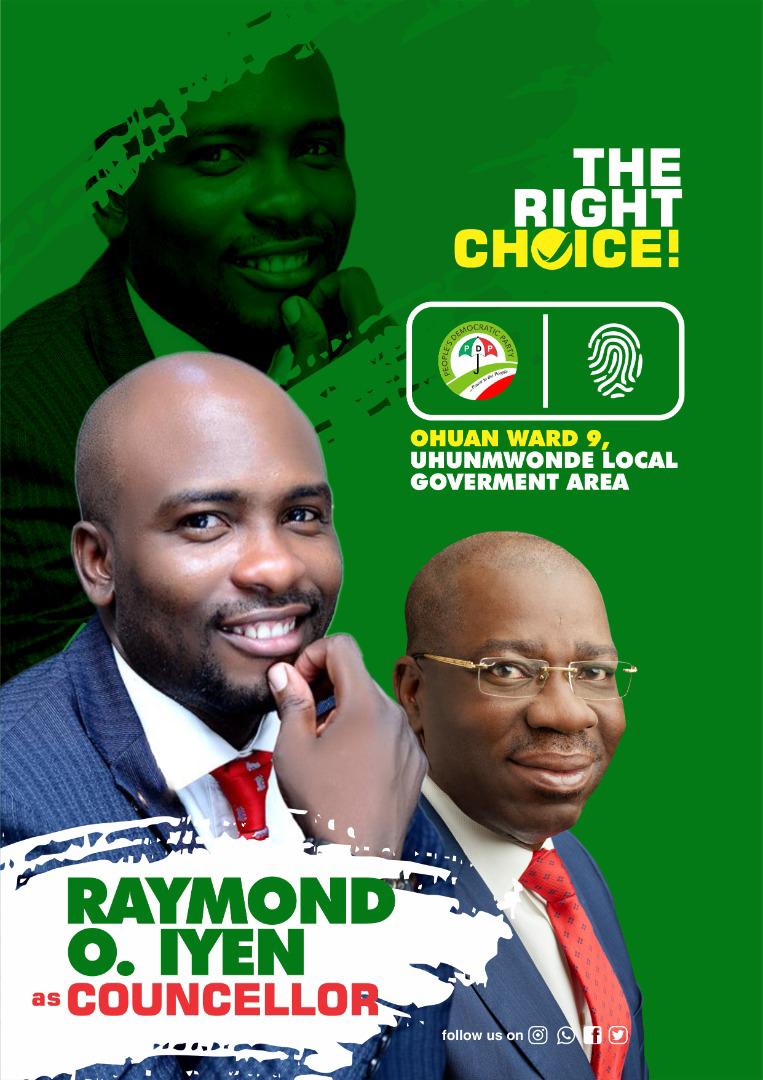 The time has come when our people and their constituencies should be our primary interest, charity they say begins at home, politic has always being a business in Nigeria since inception, hence development has always  eluded our people.

The new emerging political class that Raymond Osamwonyi Iyen falls in, are out to change that narrative. This trend is going to cut across board politically,

He wants to begin his political journey from his ward as a Councillor , unlike many who takes politics as business, his mission is to service his land of nativity, he wants to represents OHUAN WARD 9 as a councilor in UHUNMWONDE LOCAL GOVERNMENT council  IN EDO STATE.

A vote for Mr. Raymond Osamwonyi Iyen is a vote for freedom and development