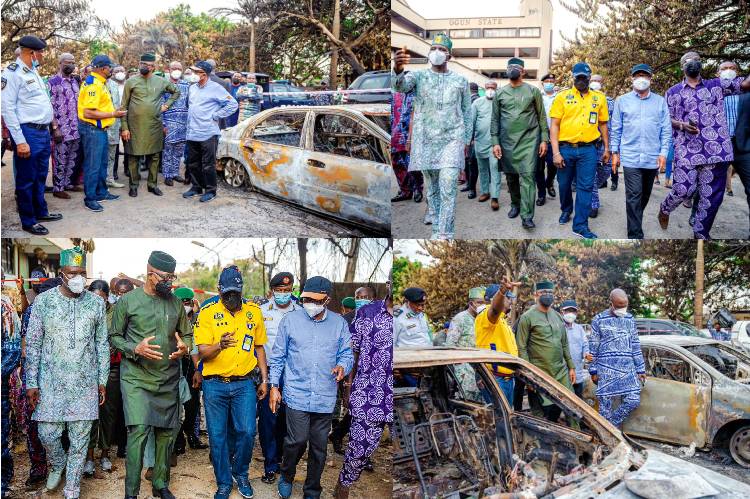 In the wake of the fire outbreak that affected the OPIC Plaza in Bank Anthony way in Lagos last night, Ogun State Governor Dapo Abiodun has paid a visit to the scene.

The governor described the incident as unfortunate and regrettable, the governor while on the spot, sent his heartfelt condolence to the families of the victims.

He also commended the bravery of men of the Lagos State Emergency Management Agency for preventing the fire from wrecking more havoc.

He appreciates the efforts of Lagos State Government and condemned the incident that led to the fire outbreak.

He noted that Ogun State Government will work with Lagos State, Department of Petroleum Resources and other stakeholders in ensuring prevention of such incident in both states.