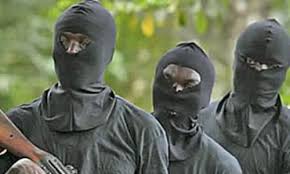 The rate of kidnapping in Nigeria has gone to alarming staged, the Government and the people are on the mercy of the kidnappers, in total, the entire nation is cut in this act of criminality of those criminally minded element.

The recent abduction of Oluwole Agboola, a farmer in Ibadan on 28th December 2020 who was later found dead after ransom of N1.65 million was collected by his abductors and others sequences,  is a trend that need to be concerned about by relevant authorities.

Report has it that, Agboola a farmer, was abducted in his farm at Abaodo area in Olukitibi village in Akinyele local government area of the state.

The six men dressed in military camouflage armed with gun, took him away to unknown destination, and the sum of N1.65 million ransom was collected from the family and they still went ahead to kill him.

This revelation was disclosed by the deceased brother Olakunle Agboola, to the journalist on Tuesday. He said his brother was killed by the kidnappers after 10 days of his abduction, just when the ransom had been paid.