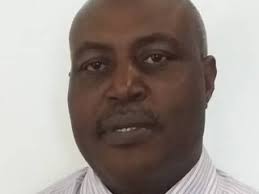 Adewole, a member of the Nigerian Oil Palm Growers Association (NOPGA), noted that the development fund would help states with comparative advantages to increase oil palm production to the country’s needs and export to other countries that were not self-sufficient.

He made the recommendation at a session with newsmen at the weekend, disclosing that Nigeria “still imports 25% of its national requirements annually rather than being a leading exporter of oil palm globally.”

The Central Bank of Nigeria (CBN) had revealed that Nigeria could make above $20billion annually from cultivation and processing of palm oil if it maintained its market dominance in the palm oil industry.
In the 1960s, according to the apex bank, Nigeria was the world’s largest producer of palm oil, before it was over-taken by Indonesia and Malaysia.

However, Adewole said with mounting concern that Nigeria, a one time net exporter of palm oil and its allied products, today had become a net importer and losing the foreign exchange benefits that followed it.

Today, according to him, Nigeria has slid to the 6th largest producer in both Africa and the world. Nigeria’s annual palm oil consumption is 1.34 metric ton, while her average Annual production is 1.02 metric ton. She imports annually an average of 0.32 metric ton.

Adewole, therefore, charged the federal government to create Oil Palm Development Trust Funds (OPDTF) in partnership with oil palm producing states, for the development of the crop and to bridge the widening gap between national demand and national production.

The managing director noted that the challenge to re-dress the embarrassing trend was a national task for all the stakeholders, with the government at the front.

He noted that the oil palm development fund “has begun to play its role in this regard with the commencement of the development of additional 6,000 hectares of oil palm plantation around its base in Okitipupa.

“On our own we have been brain-storming on how to contribute our own quota in this direction of bridging the national requirements. In pursuance of this, we have now embarked on a strategic move to commence the development of our green fields which is about 6,000 hectares’’, he said.

He asked the federal government “to declare national emergency in agriculture, mainly for all major crops across the country if it is truly determined to pull the country out of dependency on petroleum and return her to the glorious days of making the crop the country’s major foreign exchange earner.

“This move he advised should be more radical and far-reaching than the Operation Feed the Nation, under General Olusegun Obasanjo and should involve all the three levels of government and people.

“There is no doubt that this is the right way to go and I have no doubt, it will succeed, because we have millions of youths out there begging for opportunities to work, once they are well mobilised and motivated.

“From our own experience, it has become crystal clear that agriculture and agribusiness holds the key to the economic revitalization of the country, Nigeria.

“If the government is going to take a lot of people out of unemployment, it must take agriculture very seriously. Investment in agriculture has a sustainable future advantage and without deceiving ourselves, that is the route to go.”

The managing director said the governments must end the culture of paying lip-service to agriculture, noting that there was nothing new in government declaring an emergency in agriculture or making agriculture a national agenda, citing similar things that took place in countries like Israel, Brazil, Cuba.

He further challenged the federal government to approach the United Nations’ Food and Agriculture Organisation and explore opportunities to obtain grants for the development of the oil palm sub-sector of the agric sector, and to seek other soft multilateral foreign loans to develop the crop.

He reflected on the observation of OOP in recent time, when thousands of youths at its base in Ondo South scrambled for opportunities to rent some acres of oil palm at its plantations.

Adewole urged the state government to consider establishing 100,000 hectares of oil palm in each of the state’s three senatorial districts, under what he termed 100,000 Oil Palm City Project for rapid youth employment and boosting of revenue for the government.