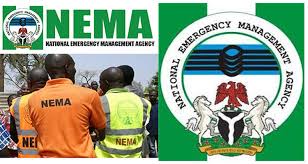 The Abankang and Alok Communities of Ikom Local Government Area of Cross River State has be thrown into controversies over the communal clash as a result of land dispute, between the two neighboring communities.

Report has it that over 2,000 resident of the warring communities has been displace. This inter-communal conflict clash is between two agrarian communities Abankang and Alok villages.

The clash has left over 2,000 people displaced and millions of Naira of properties destroyed

There have been series of intervention by all level of government in the past just to put an end to this age long conflict between this neighboring communities, which eventually led to the creation of military check point in the area.

According to the chairman of Ikom Local Government Area Kingsley Egumi explained that the withdrawal of the military check point has led to this renewed clash between the two communities.

Now, the elderly and the youth of the affected communities are advocating for a lasting solution as most of them are now displaced without shelters

Four persons have reportedly lost their lives while others various degree of injuries.