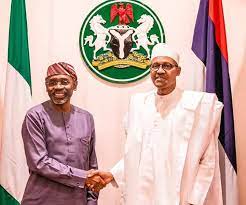 Speaker of the House of Representatives, Femi Gbajabiamila, says President Muhammadu Buhari is dealing with a very difficult situation as it relates to the security challenges in the country.

He made the remark on Monday after a closed-door meeting with the President at the Presidential Villa in Abuja, the Federal Capital Territory (FCT).

Briefing State House correspondents, the speaker explained that he was at the Villa to rub minds with President Buhari on the worsening security situation in the country.

According to him, the President listens to ideas and is keen on bringing solutions to the ongoing crisis in various parts of the country.

While he declined to disclose any of the ideas proffered, Gbajabiamila hinted that something was in the works.

He added that the National Assembly would do everything possible to assist the President to reach a consensus on the nation’s security challenges.

The speaker noted that the House of Representatives had passed a resolution and set up a special ad-hoc committee to find solutions to the nation’s problems.

“You are aware that the House of Representatives some time ago passed a resolution and we set up a special ad-hoc committee, which involves all principal officers and 30 other members of the House.

“We are going to start that process into looking at different solutions and we will be bringing the report to Mr President; he is fully aware of it and he is open to anything and everything that will help us in coming to a resolution in these matters,” he said.