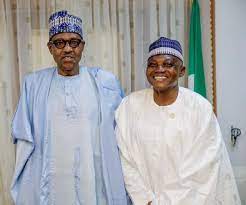 The Northern Elders Forum (NEF) spokesman, Dr Hakeem Baba-Ahmed has said that the Buhari-led administration does not have a thinking capacity and is living in denial of the problems facing Nigeria.

Hakeem made this known during an interview on Channels Tv Sunrise daily on Friday.

He also revealed that Buhari and his administration has failed Nigerians, adding that they should quit labelling critics as people who want to bring down the country.

“I have a lot of sympathy for Mallam Garba Shehu because it’s very difficult serving a bad product.

“I understand that he’s doing his job which is to make the Buhari-led administration look good and also hit back at people who keep criticizing them, but unfortunately, Nigerians know that this government has failed.

“This government has failed to secure the country. They don’t need to keep labelling critics as people who want to bring down the country.

“The citizens know, the people on the streets know, even the northerners know that a lot is going on because we still have millions of people living under the influence of Boko Haram.

“I really wish Mallam Garba’s denials about the insecurity issue is true, but it’s not. We don’t know if we have to wait till three to four months before we start seeing a positive result from the new service chiefs but before then, the security situation will be considerably worse than it is now.

“Unfortunately, it’s clear and obvious that this administration doesn’t have a thinking capacity, it’s living in denial and doesn’t believe that the magnitude of the problems in Nigeria is real.

“However, banditry and kidnappers will keep thriving because they know that there’s a huge vacuum around governance, security, law and order. They have control of almost all our forests and this is a fact no one can argue away,” he said.