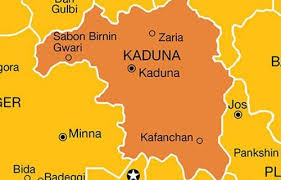 As the business of kidnapping continues to thrive across Kaduna and its environs, some residents have devised a means of hiding their wealth, especially those who are known for living luxurious lifestyles.

Many of those known for riding expensive cars, wearing expensive dresses, and other affluent lifestyles have now gone underground and pretending to be experiencing hard times. Besides going underground, they have now subjected themselves to rigorous exercises in order to reduce their weight and to escape any form of suspicion by bandits and other criminals, our crew had observed.

They have equally refused to render any form of help, especially that which relates to financial assistance.

Our correspondent gathered that kidnappers have their informants around the town and other surrounding villages who always point out those to be Kidnapped for ransom. The informants, according to findings, get their shares secretly.

A resident of Kakau, Mr. Jonathan Bulus whose neighbour was Kidnapped a day after he sold two cars wondered how kidnappers staying far in the bush, know who has money to pay for ransom and who doesn’t have.

“I am yet to come to terms with the reality. Kidnappers who stay inside the bush will locate someone’s house, come directly and start shooting to scare people away before they will kidnap their victims who may even be right in the midst of people. Someone must be responsible.”

According to him, no one is trusted in Kaduna anymore, as ” you don’t know what will happen next.”

Also, a resident in Sabo Tasha, Dr. Moses Olawale told news men that lack of job opportunities has turned many people into suspects.

” Those you think are able to assist, sometimes turn their back at you. No one claims to be rich again. Nobody is ready to assist any longer.

” The situation we find ourselves in Kaduna today requires everyone to use his/her wisdom. You don’t even need security because they are not helping matters. Security personnel cannot withstand kidnappers because of their powerful weapons,” he said.

Recall that Kidnappers have been targeting individuals’ homes whom they have continued to attack mostly at midnight.

Most often, they leave with their victims before the arrival of security personnel.