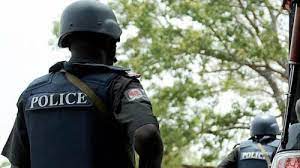 Spokesman of the Katsina State Police Command, Isah Gambo on Tuesday informed newsmen of the development, saying they were arrested on Monday, around 11 am.

He disclosed the identities of the arrested notorious bandits unleashing mayhem in Kankara LGA and its neighborhood to include one Isiya Halliru (25-year-old), Nasiru Bature (17-year-old), Bello Hamza (20-year-old) and Hassan Iliyasu (25-year-old),

The spokesman equally disclosed that alongside the arrested notorious bandits were 308 suspected rustled livestock.

They confessed that the livestock belong to their Masters operating in the scary Rugu forest.

“In the course of investigation, the suspects confessed that the animals belong to their masters living in the dreaded Rugu forest, who failed to show up and claim ownership of the suspected animals.

“The animals have been handed over to the state standing committee for further necessary action,” the Police spokesman said.

In a related development, a combined team of the Nigeria security team were able to chase some bandits and set free 40 worshipers observing the Tahajud midnight prayer in a Jibiya mosque kidnapped by another group of bandits operating in Jibiya axis.