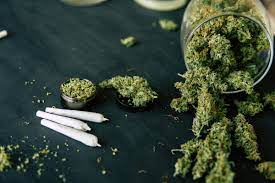 Moroccan lawmakers on Wednesday approved a law legalising the therapeutic use of cannabis, bringing one of the world’s biggest producers of hashish a step closer to green-lighting the major reform.

The lower house of parliament adopted the text on the lawful use of cannabis in the medical, cosmetic and industrial sectors with 119 votes to 48. The upper house now needs to vote on the bill before it is ratified.

The law’s stated aim is to transform illicit growing “into legal, sustainable activities that generate value and jobs”.

Cannabis, known as “kif” in Morocco (pleasure in Arabic), was banned by authorities in 1954 but tolerated, as its cultivation provides a livelihood for around 60,000 families, according to unofficial estimates.

State regulation will improve farmers’ living conditions and protect them from illegal drug trafficking networks, the government has said.

According to a report by the United Nations Office on Drugs and Crime (UNODC) last year, the North African country is the world’s biggest producer of cannabis resin, or hashish.

Morocco’s production of cannabis was estimated at more than 700 tonnes in a 2020 study by the Global Initiative against Transnational Organized Crime.

Figures released by Moroccan authorities in March showed that 55,000 hectares (around 136,000 acres) of land, mostly in the northern mountainous Rif region, was being used to illicitly grow hashish in 2019.

Legalising cannabis for therapeutic use will position Morocco in a global market that is growing at an annual rate of 30 percent, and by 60 percent a year in Europe, according to Morocco’s interior ministry.