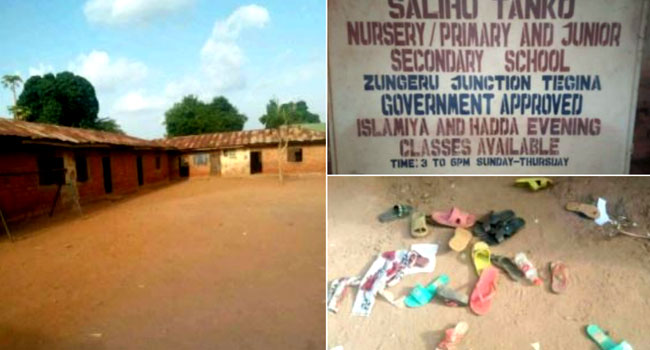 The Niger State Government has assured that they are making progress in the negotiation with the abductors of 136 pupils to ensure their release.

The Deputy Governor of the state, Ahmed Ketso disclosed this while giving an update on the situation at the Government House, Minna, on Wednesday.

This is the latest in a string of school kidnappings in the country.

Ketso, however, noted that the negotiation is not about the payment of ransom but on how to secure the release of the pupils unhurt.

“We can now confirm that a total of 136 students were abducted. This was followed by a briefing on measures been put in place for the safe release of the abductees.

“We are also in contact with the parents. We call on them to be patient, government is making all efforts to secure the release of the children,” Ketso said.

Gunmen have often targeted schools in remote areas, where pupils live in dormitories with little security protection, before hauling their victims into nearby forests to negotiate ransoms.

Niger state police said the criminals killed one resident, injured another before kidnapping children from the Salihu Tanko Islamic school.

President Muhammadu Buhari in his reaction ordered security forces and intelligence agencies to step up efforts to rescue the children.

Buhari “condemned as unfortunate” the kidnapping of children, according to a statement from his spokesman Garba Shehu, and urged all those involved in the rescue operation to do their utmost in securing their immediate release.

The attackers also released 11 of the pupils who were “too small and couldn’t walk” very far, the authorities previously said.

Mass kidnappings have been on the rise in northwest and central Nigeria. According to AFP, more than 700 children and students have already been kidnapped by gunmen for ransom in Nigeria since December.