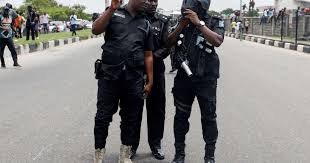 The Lagos state governor who recently survived the novel corona virus, is not leaving any stone unturned, the state has continually see the increase of person’s who has infected with covid-19.

In a bid to carry out the enforcement of relevant laws that will protect the general public from the pandemic, the Lagos state police command has arrested 71 suspects for allegedly violating COVID-19 safety protocols in Lekki and Surulere areas of the state by attending and partying in clubs.

CSP Olumuyiwa Adejobi the public relations officer on of lagos state police command made this know to the public on Tuesday. He said the taskforce including Folix, club, lekki and bench Bar Adenira Ogunsanya, in surulere.

“The clubbers were arrested over the weekend in these areas for defying the COVID-19 protocols in the state,” he said.

The officer said that the Commissioner of Police, Lagos State, Mr Hakeem Odumosu, had already instructed that deviant individuals who might want to violate the orders be brought to book.

“Odumosu has ordered for immediate trial of the suspects and necessary sanctions for the owners of the impounded vehicles.

“The police boss further directed that officers and men of the command must intensify efforts on total compliance with the COVID-19 guidelines and protocols as directed by the Presidential Taskforce and the Lagos State Government,” He said.