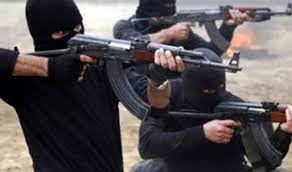 Professor Chulwuma Soludo, has been attacked by unknown gunmen, in his home town.

Report reaching us, says that the former Central Bank of Nigeria Governor, was attacked at Isuofia in Aguata LGA, during an interactive session between him and some Isuofia youths.

Recall that the former Governor of central bank made his intentions known to the people of Anambra state, to run for the position of governor, on the platform of the All Progressives Grand Alliance, APGA.

Africa giant news, learnt that, there is pandemonium which has resulted in stampede in Afuzo area of Isuofia which is in Aguata Local Gov. Area of Anambra State,