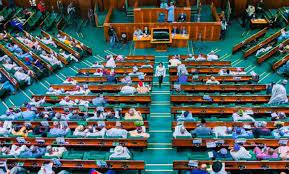 The House of Representatives Special Committee on Constitution Review has fixed Tuesday and Wednesday next week for its zonal public hearing scheduled to take place across the six geopolitical zones of the country.

According to the Deputy Speaker of the House and Chairman of the committee, Ahmed Wase, each zone will have two centres.

He called Nigerians, including members of the executive and judicial bodies, traditional institutions, political parties, civil society organisations, and professional bodies, among other stakeholders to attend the hearing in their respective zones.

“I am appealing to you all to think only about Nigeria and work for Nigeria and ensure we deliver for our country the best Constitution,” said the lawmaker who urged the people to put the country first.

He noted that the members of the committee would be posted outside their zones to have a feeling of what was obtainable in other regions.

The Deputy Speaker said, “We have an opportunity to write our names in gold. Let us not waste this golden opportunity as all eyes are on us; we must ensure that we do not betray the confidence Nigerians have in us.”

Wase explained that the hearing for the north-central zone would hold in Jos – with Plateau, Benue, and Nasarawa States, as well as Abuja in attendance, while Lokoja would serve as the second centre, hosting Kogi, Niger, and Kwara States.

The venues of the hearing in other regions are listed below: