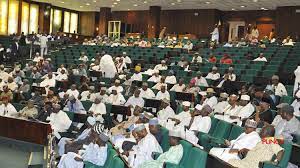 The House of Representatives Adhoc Committee on Assessment and Status of All Recovered Loots on Wednesday grilled the Economic and Financial Commission (EFCC), the Independent Corrupt Practices and Other Related Offences (ICPC) over recovered loots.

Others grilled by the House Committee include; the Nigeria Security and Civil Defence Corps (NSCDC), Nigeria Sovereign Wealth Fund among others in Abuja.

Mr Abdulrasheed Bawa, the Chairman, EFCC said that the agency had the available record of the amount recovered.

Bawa while answering questions on the much celebrated 43 million dollars loot recovered from Ikoyi in 2017, said that the money had been forfeited to the Federal Government.

He, however, added that only money forfeited and had gone to the Consolidated Revenue Fund (CRF) account could be utilised by the Federal Government.

Bawa said that the EFCC only relied on the annual budget for its operational cost, adding that the agency does not take money from recovered loot for operations.

The EFCC Chairman later pleaded he should be excused by the committee to attend to pressing engagement.

This request, however, did not go down well with the committee.

The Chairman of the Committee, Rep Adejora Adeogun, told the EFCC chairman that he was undermining the power of the committee.

Adeogun asked him to go for the meeting but must return at 3:00 p.m to answer questions.

He said that the sum of N5.5 billion had gone to the Federal Government from the recovered loot.

Owasanloye said that it was disturbing that the system of assets recovery had not been efficient in terms of record.

He said that the ICPC had an assets recovery account where recovered loots were usually deposited, adding that the commission had no business with consolidate revenue fund.

The ICPC boss said that the account of the commission was open and always accessible to the Federal Government and the Minister of Finance.

He stated that there were assets the commission would not dispose off until investigations were concluded and the fund remitted to the government coffer.

According to him, if government losses the case, the assets will definitely go back to the owners.

He added that about 311 million dollars had been recovered by the agency and kept with the Central Bank of Nigeria (CBN).

He was however asked to come back for further clarification for failing to provide some documents that could aid in the investigation.

The Commandant General of NSCDS, Mr Ahmed Audi, said that the invitation letter to the corps for it to appear over recovery loot was not cleared, but had to seek interpretation from its legal department.

He asked for one month extension for the NSCDC to re appear before the committee but was given two weeks.