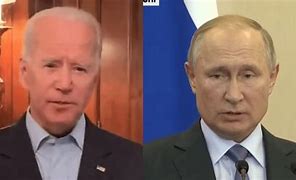 Russia has recalled its ambassador to the United States for consultations after US President Joe Biden labelled Vladimir Putin as ‘a killer’ in an explosive interview.

The move to bring Anatoly Antonov to Moscow comes amid rising tensions with Biden’s administration, which has imposed sanctions over the poisoning of opposition leader Alexei Navalny.

In her statement, Russian foreign ministry spokeswoman Maria Zakharova did not mention the “killer” remark or any other specific reason for the ambassador’s recall.

“Russian Ambassador to the United States Anatoly Antonov has been summoned to Moscow for consultations in order to analyze what needs to be done in the context of relations with the United States,” she said.

The diplomatic tiff comes amid rising tensions between Washington and Moscow. On Tuesday, U.S. intelligence officials released a report concluding that Russia tried to denigrate Biden’s candidacy in the 2020 election. The declassified assessment said that Putin authorized the election meddling, which sought to help former president Donald Trump’s re-election bid.

“(Putin’s) only method is killing people,” Navalny said. “He’ll go down in history as a poisoner.”

The list of high-profile Putin critics and former Kremlin insiders, spies and power brokers who are the victims of unsolved murders, grisly poisonings, suspicious deaths, as well as lighter forms of persecution and ill-treatment, is long.