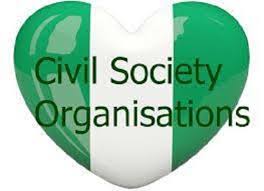 Six-eight civil society organization has called on President Mohammadu Buhari to resign, over what they called the lack of adherent to the nation’s constitution. They said the president has failed in his primary responsibility of protecting lives and property of the citizens.

The coalition also called on the national assembly to initiate an impeachment process against the president without delay. On the ground of misconduct.

The group said that Nigeria is in a very critical period with all kind of criminalities that traverses the entire country, the coalition regretted the call by the minister of defence calling on the citizens to defend them selves, this to them is a clear sign of failure on the part of this administration, “callously abdicated its responsibility and called Nigerian citizens ‘cowards’ and urged Nigerians to defend themselves”.

The coalition also condemned the activities of state actors in the killings of innocent citizen, who are on peaceful protest, while criminals who kidnap, rape, murder and terrorize innocent citizens are granted amnesty and pardon, according to them, tax payer’s money are used to pay them for killing Nigerians.

The statement read: “The coalition, therefore, asks the federal government to provide political and moral leadership for the security crisis and ensure governmental actions are humane in tandem with section 17 (2) ( C ) of the constitution.

“The Nigeria Police Council established by section 153 of the Constitution is constituted by the President, IGP, Chair of Police Service Commission and the 36 state governors. The NPC should be called to meet regularly to address the crisis of insecurity.

“End impunity for abuse of power and sectionalism through his appointments by balancing the need for competence with the federal character principle.

“Amnesty for terrorists and abductors should stop. Huge ransom paid to criminal gangs is used to purchase arms and ammunition to attack communities. As security is technology-driven, the Government must acquire the necessary equipment to deal with the menace of terrorism, banditry and abduction.

“Take responsibility and end the persecution of the media and free speech both of which are foundations of a democratic state.

“Mobilize our rich Nigerian assets to address the insecurity situation across the country and seek international cooperation to ramp up security assets.

“Where the President fails to fulfil his constitutional duties as stated above, we demand he steps aside or the National Assembly initiates impeachment proceedings against him on grounds of gross misconduct as provided for in Section 143 of the 1999 Constitution of the Federal Republic of Nigeria.”