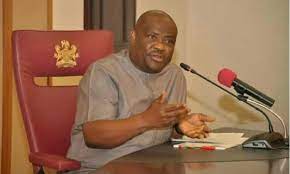 Nyesom Wike, governor of Rivers state, says there will be mass defection in both the Peoples Democratic Party (PDP) and the All Progressives Congress (APC) before December.

In a statement on Thursday, Kelvin Ebiri, special assistant on media to the governor, stated that Wike said the defections are part of the plans by politicians to realign ahead of the 2023 general election.

The governor dismissed the report that some governors who defected from the PDP to the APC were being intimidated, saying defection is an inherent part of the democratic process.

“People are defecting; More will defect. Defection is part of our electoral process. As you are defecting, people are coming in. There are those who are angry there (in APC), they’ll come (to PDP). You that is angry here (in PDP), you will go. That is the game,” Wike said.

“PDP has done a lot of wrong things to the Rivers state, but I cannot say we will leave PDP. We will be there and fight the war. The interest of Rivers state will be fought inside PDP, we will not leave anywhere.

On Tuesday,Wike said governors defecting from the PDP to the APC lack conscience and cannot be trusted.