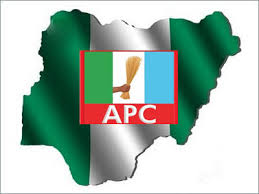 The National Caretaker Committee Chairman of the All Progressives Congress (APC) has come out hard to issue a note of warning to those trying to undermine the party registration exercise.

Mai Mala Buni, said this on Wednesday when he was inaugurating the committee that will oversee the registration exercise of the party that will user in new members in the Federal Capital Territory.

The registrations exercise team is to be chair by the Governor of Niger State, Sani Bello.

“The registration and revalidation exercise, therefore, provides the opportunity for both new and old members to register and update their membership in the party, and for the party to expunge names of those who had left so as to have a clean and up to date membership register.”

The members to serve in this committee were carefully selected, based on their individual capacity, and the confidence the party has in them, this was according to the caretaker committee chairman.

He was of great confident that the membership of the party will surge into quadruples, which will make the party the largest political party in Nigeria.

“Everyone must be allowed and given the chance to register. The party has adequate backup materials to ensure a successful exercise and no one is disenfranchised”, he added.