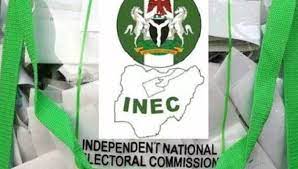 Peter ogban a university of calabar professor of soil science has been sentenced to three years in prison for the role he played in manipulating election results when he was the returning officer in the Senatorial election, held in Akwa Ibom North-west in 2019

The presiding judge, Augustine Odokwo  ordered the professor to pay the sum of N100,000 on count one, while on count two he was sentenced to three years imprisonment without an option of a fine.

The professor pleaded fro mercy from the judge before the judge pronounced the sentence. Justice Odokwo, who described the case as a novel one, told the lecturer that there was not much he could do other than to let the law take its course.

The judge said the prosecution was able to prove its case beyond any reasonable doubt.

Independent National Electoral Commission (INEC). Was the one that prosecuted the Univerity lecturer The court found him guilty of altering the results of the election to favour the All Progressives Congress (APC) against the Peoples Democratic Party (PDP).

We hope this will serve as a deterrent for others that which to tow the path of the University Don.

One thought on “University Professor sent to jail for trying to manipulee election result in favor of All Progressive Congress (APC).”