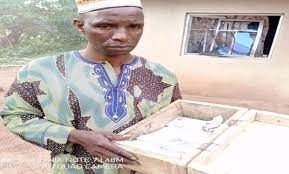 Six suspected kidnappers have been apprehended by youths in Odo-Owa, a town in Oke-Ero Local Government Area of Kwara State.

The suspects have been terrorising the people of the area for some time before they were intercepted on Friday.

The suspected kidnappers, whose gang leader was identified as one Ramoni, were said to have kidnapped four persons on Wednesday in Odo-Owa.

Among their victims was a Federal Road Safety Corps (FRSC) officer, and the suspects demanded eight million naira as ransom before they would be released.

Sources said the families of the victims had raised and paid a sum of two million naira as ransom to the suspected kidnappers as the first tranche.

They were on the verge of paying the balance of six million naira when the youths in the area pounced on the suspects and detained them.

An eyewitness noted that the suspected kidnappers have been handed over to the security agents in the area.

When contacted, the Police Public Relations Officer in Kwara, Ajayi Okasanmi, said the command has not been officially informed about the development.

The Sector Commander of FRSC, Jonathan Owoade, said that the officer said to have been abducted was not from Kwara but Ekiti State, and cannot make a comment.