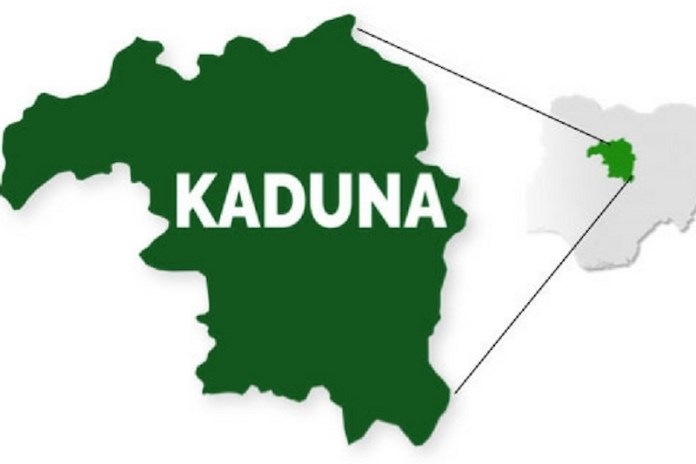 About 152 pupils of Bethel Baptist High School, Damishi in Kaduna were still missing yesterday after bandits abducted about 180 of them in an early morning raid.

However, 28 of the abductees have returned after escaping from their abductors.

But the Kaduna State Police Command said it rescued 26 pupils.

The bandits said to be in larger numbers and armed with sophisticated weapons, reportedly invaded the school at about 2 am.

The Kaduna State Chairman of the Christian Association of Nigeria (CAN), Rev. Joseph Hayab, in a telephone interview, said his son was among those who escaped from the bandits.

He stated that many of the pupils were still missing, adding that it is not possible to determine the number of those abducted until those who probably ran into hiding are back and a census is taken.

He, however, said many of the pupils were believed to have been abducted.

“We cannot give the exact figure of those abducted for now, until those who ran into the bush for safety are back and a census of the students is taken, but we know they took a lot of students.

“I am just speechless; I don’t know what to say! My son was among the students who narrowly escaped.
“I am part of this unfortunate incident because it is my church. This is a very, very sad situation for us.
“I was informed that bandits invaded the school around 2 am.

“They have just started the NECO exam and see what we are going through,” Hayab added.

However, a source in the school stated that 152 pupils were yet to be accounted for.

“We have 180 students in boarding and 28 escaped the bandits, at the moment we cannot account for 152 students,” the source said.

But the state police command said it rescued 26 of the pupils from the bandits.

Spokesman of the command, Mr. Mohammad Jalige, said in a statement yesterday that on the receipt of information about the incident, a joint team of the police, army and navy operatives were mobilised to the area with a mission to rescue the pupils unhurt.

According to him, the operatives rescued 26 pupils and a female teacher.

Jalige said rescue operations were still ongoing to ensure that all victims were safely returned.

He said: “On Monday, 5th July 2021, at about 0143hrs, the command received a report that armed bandits in large number had gained access into Bethel Baptist Secondary School, Kujuma in Chikun LGA of Kaduna State.

“They shot berserk, overpowered the school’s security guards and made their way into the students’ hostel where they abducted an unspecified number of students into the forest.

“On the receipt of the unfortunate incident, a joint team of the Nigeria Police, Army and Navy operatives were immediately mobilised to the area with a mission to rescue the abducted students unhurt.

“The operatives gave the bandits a hot pursuit occasioned by a tactical application of weapons and succeeded in rescuing twenty-six (26) students, including a female teacher safely.

“However, the rescue operation is still ongoing to ensure that all victims are safely returned. Officers involved in the said operation are charged to ensure no stone is left unturned with a view to successfully accomplish the rescue mission since resources will be availed to them without delay.

“The command is, therefore, encouraging parents not to be deterred by the recent bandits’ activities in the state targeting schools and learning institutions as strategic measures will be emplaced to forestall further occurrence of such dastardly act of criminality against innocent children.”

He added that the state police command was saddened by the incident and called on all stakeholders to unite, particularly at this very critical time to safeguard schools in order to guarantee a safe and secured learning environment and other meaningful businesses.

However, some parents of the pupils have debunked claims by the police that some of them were rescued.
Speaking in an interview, one of the parents, said: “The police are using the word rescue to give themselves credit for doing nothing.

“The 28 children escaped the bandits and they returned by themselves; they were not rescued by anybody.

“The police didn’t know how my son and several others miraculously escaped and they are claiming that they rescued them; this is not fair.

“For once, we should learn to be truthful; this kind of statement from the police does not inspire confidence.”

The abduction triggered a protest yesterday as hundreds of angry youths in Mararaban Rido, a suburb of Kaduna metropolis, located near the school, and blocked the Kaduna-Kachia road.

Meanwhile, the state Governor, Mallam Nasir el-Rufai, has condemned the abduction of the pupils.

The governor, in a statement by the Commissioner for Internal Security and Home Affairs, Mr. Samuel Aruwan, described the development as “unfortunate and an untold evil to humanity and the cause of education.”

Aruwan said: “Security agencies have assured the Kaduna State Government of vigorous search and rescue efforts to locate and secure the unspecified number of abducted students.

“The governor is following the development and receiving hourly situation reports.”