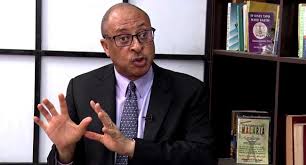 Pat Utomi former PresidentialPcandidate and a Professor of Political Economy say the Northern Nigeria over reliance on the federal government for monthly allocation has brought untold hardship on the region.

He said the unproductiveness of the Northern region is largely as a result of over reliance on the federal allocation making the region not throwing their weight behind the restructuring of the country.

“There is a real crisis in the north that the south does not understand. They are painters of people who hate each other very much; that is the truth of the matter. That is why they are scared of restructuring because they don’t know where it will lead them, and outside of Nigeria, they are formless; there is no north,” he said.

The professor of political economy, urged the northerners not to be afraid of restructuring, they should dismiss the notion that it is not in their best interest, restructuring will make the north more productive and it will accelerate their development. He said, it will help them “become productive and move them from poverty status”

Utomi, also used the opportunity to announced the second edition of ‘Never Again’ conference, the conference will take a critical look at the issues that lead to the Nigerian civil war, and how the patriot can work together to achieve the Nigeria of our dream. Especially in the light of several centrifugal tendencies within the various sectors of economy and the polity.

In late 60th and early 70th, Nigeria fought a bitter war that lasted for 30 months, which left over one million death before and during the war, “he said”

The conference which will have the likes of former President Olusegun Obasanjo as a guest of houour, will also have, Matthew Kukah, bishop of Sokoto Catholic Dioceses, as the keynote speaker.