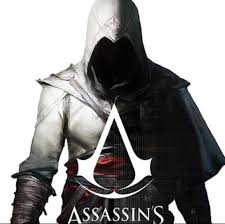 The rate of criminalities in the country is gradually take a new turn, those that serve the country meritoriously, has been on the receiving end lately.

A retired Deputy Inspector General of police, Ibe Aghanya wife’ Eunice has been killed by unknown gunmen in Benun state, north central Nigeria. Aghanya was one time the commission of police in Benue state.

Aghanya who later became the Deputy Inspector General of police in charge of Zone 2, the assassination was confirmed by the Benue state Police command on Saturday afternoon.

According to NAN, Catherine Anene, Benue police public relations officer, said the victim was killed at her Makurdi residence, behind Kismet Hotel.

Anene added that investigations into the incident is ongoing. The deceased is said to be the owner of Euniland Bread, located in Makurdi.

Back in 2008, gunmen had reportedly attacked Aghanya’s residence in Benue — at the time, he was commissioner of police in Kogi state.

He also served as commissioner of police in Ekiti state. Aghanya’s wife’s death comes less than two weeks after gunmen killed Terkura, brother to Gabriel Suswam, former governor of Benue state, during an attack which occurred on March 2.

His aide, Solomon, was also killed by the gunmen when they were attacked at Terkura’s hometown in Anyiin LGA of Benue.

“At about 1930hrs, information was received that while Dr Terkura Suswam and his aide, Mr Solomon, sat opposite his house at Elohim Plaza, Anyiin to supervise repairs at the said plaza, yet-to-be-identified gunmen, who drove in a Toyota Camry vehicle, attacked and shot him and his aide,” Anene had said in a statement.