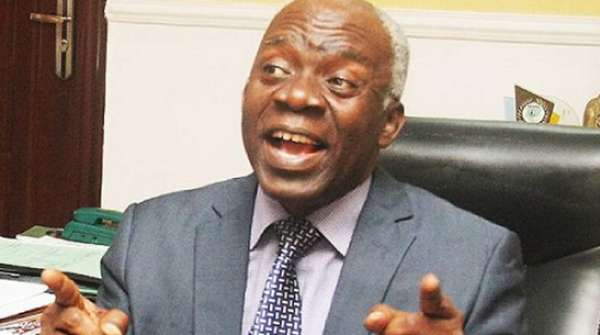 Femi Falana, human rights lawyer, says the US government will get Abba Kyari, the deputy commissioner of police, to face trial whether he likes it or not.

Falana spoke on Sunday during a Twitter Spaces conversation hosted by Rinu Oduala, the rights advocate and community organiser.

A US court had issued a warrant of arrest for Kyari over his alleged involvement in the $1.1 million fraud committed by Hushpuppi, self-confessed international fraudster.

According to a US court document, Kyari was allegedly bribed by Hushpuppi to arrest one Kelly Chibuzor Vincent, a co-fraudster, to stop him from hindering a scam deal.

The development has stirred public criticism, which has led to the suspension of Kyari while a panel has been set up to investigate the allegations.

However, the suspended intelligence response team (IRT) boss has since denied the allegations.

Speaking on the development, Falana said Kyari will be made to stand trial no matter how long it takes.

He said Kyari has been above the law in Nigeria for a very long time, adding that a government that engaged in “gangsterism” while dealing with secessionists wants to follow due process in Kyari’s case.

“Whether Abba Kyari likes it or not, the Americans are going to get him to stand trial,” he said.

Speaking further, the senior advocate of Nigeria (SAN) asked Nigerians to learn how to defend their rights, noting that the mindset of “God will judge” must be stopped.

He said a legal suit will be instituted against the federal government to take responsibility for those who have been kidnapped.

“We want to make the government responsible and accountable, anybody who has been kidnapped, the family members who have paid ransom to have them freed,” he said.

On the role of women, Falana said no development or democratic growth can take place without active female participation.