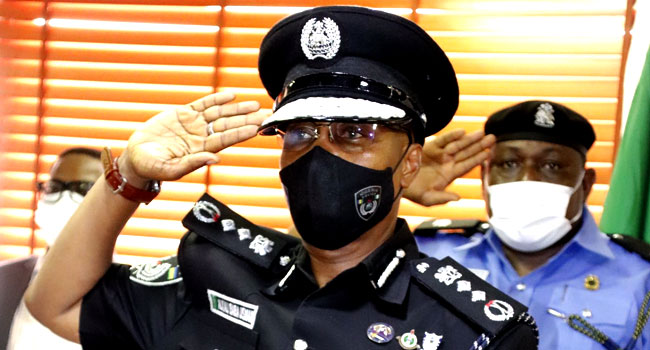 Mba, who served as spokesman for the police twice before his latest reappointment, disclosed the developments in a statement on Friday.

The new force secretary takes over from AIG Mustapha Dandaura who has been redeployed to Zone-7 Police Headquarters in Abuja.

Prior to his new appointment, Inuwa was the AIG in charge of Zone-13 Ukpo -Dunukofia in Awka, Anambra State – covering Anambra and Enugu State Police Commands.

He also previously served as the Commissioner of Police in charge of Delta and Cross River States, among other strategic positions he held.

Mba, on the other hand, was re-appointed as the Force spokesman for the third time while Owohunwa’s reappointment also made it the third time he would hold the position as the Principal Staff Officer (PSO) to the IGP.

Similarly, Baba ordered the posting of some personal aides, including a Chief Superintendent of Police (CSP), Idris Abubakar, as the PSO II to the IGP.

Superintendents of Police (SP) Isah Abdulhamid and Nura Hanga were also posted as personal assistant and secretary to the police chief respectively.

Mba noted that the appointments and postings of the senior police officers and personal aides were with immediate effect.

“The senior police officers are expected to bring their professional and intellectual exposure to bear in assisting the IGP and his management team in developing and implementing strategic policing policies and plans, all directed at stabilising internal security, modernising police operations, and restoring police primacy in the protection of lives and property of citizens,” the statement said.