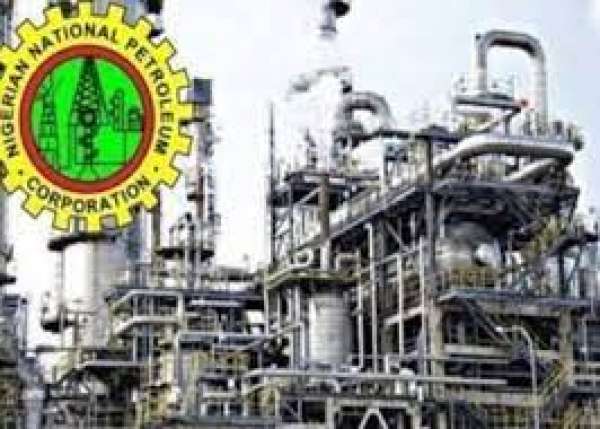 The Nigerian National Petroleum Corporation (NNPC) on Wednesday shed more light on its engagements with banks for a $3.9 billion loan to acquire equity stake in the $19bn Dangote Petroleum Refinery.

Afriexim Bank is to lend $1billion out of the $3.9billion to the corporation as the syndicator of the loan,  Mele Kyari, group managing director of the NNPC told Arise Television on Wednesday.

Kyari also disclosed that the nation’s refineries would be handed over to contractors to manage once their rehabilitation is completed.  He added that Nigeria would become a net exporter of refined petroleum products when the refineries resume production.

The GMD had during an interview with Channels Television on Tuesday disclosed the corporation’s moves to raise the $3.9 billion from banks to acquire 20 percent equity in the private refinery.  He however did not name the banks.

He had told Channels: “On the  Dangote Refinery, we are not going to take our (Federal Government) money and buy it (equity).

” We are going to borrow for the cash flow of this business. We know that this business is viable, it will work and it will return dividends. It has a cash flow that is sustainable because it is a refinery business.”

During the Arise Television interview, he said: “We are borrowing $1billion from a syndicate being coordinated by Afriexim. I am sure you know no one is going to give you $1billion if they don’t see your partway to the recovery of that gas.

“And I am proud to say that we are not going to use any government money to pay that bank. What we are going to do is to get it from the cash flow of this refinery. It means that these banks will see that this refinery will make money and it will pay dividends that will enable us to pay them

“We have seen we can cash out our investment in five years.”

Kyari also said that the NNPC  would buy equities in Nigerian petroleum refineries that produce over 50,000 barrels per day to guarantee energy security.

According to him, the corporation will still get the consent of the Federal Executive Council for the deal.

He restated that Dangote  Refinery would  begin production in 2022  while  the Port Harcourt Refinery   would  commence production before the completion of its rehabilitation.

On the involvement of contractors in running the nation’s refineries, Kyari said: “We have issued the EPC contract of Port Harcourt Refinery. We have changed the entire model. The model is that the best practice is for you to get Operation and Contractor to do your refineries not to do it yourself.

“In many places, you see companies engaging third parties to run their refineries. It is actually part of the conditions  the  President(Muhammadu Buhari)  gave   that the NNPC must hand over the operation of these refineries to  O and M contractors.

“ We will use some of our staff members  to run  them.”

The GMD also assured that Nigeria would become a  net exporter of petroleum products  in less than two years from now.

His words: “Mind you there is a special refinery in the first instance in the sense that you will see a massive volume flow of products from Nigeria all the way to the West Africa.

“We are also  putting back the Warri and Port Harcourt Refinery.  The  combination of all these  is that we  are going to be a net exporter of petroleum products in a very short time, probably in less than two years.”

He said the volume of production that the Organisation of Petroleum Exporting Countries (OPEC) has reduced since the COVID-19 outbreak may never come back because of less demand for fuel.

The  NNPC chief explained  that getting back to pre-COVID-19 level of production  might be next year.

His words:  “Choices have changed, a number of things have happened. We all know that we don’t want to go to the restaurant and so on and so forth. And the net effect is that you need less transportation fuel.

“And that has taken some volume out of the market. In fact, irrespective of the fact that OPEC (Organisation of Petroleum Exporting Counties)  did it at that time, the key reality today is that even if you want to produce, you will not see the market. Nobody would want to produce oil below its cost.”

Kyari noted that once oil prices exceed $80 per barrel, it automatically affects the cost of fuel and compels more people to check their movements.

He expressed the  hope that there could be an upward review of the output quota from the ongoing OPEC technical committee meeting.

Nigeria now has an output quota of 1.4million barrels per day.

He said:”Between now and that period there is room for an increase in volume and I am sure that there are engagements that are going on now at the joint technical committee of the OPEC to see more volume.

“Of course,  the prices are very high now. Even the oil industry doesn’t like high prices. For instance, when you cross $80 per barrel, it constrains your consumers and they will make choices and say it is too expensive. I don’t want to go out anymore so I won’t buy the fuel”.

Kyari disclosed that   even though the NNPC is  under obligation to remit N120 billion into the Federation Account monthly, it  transferred N38billion in June this year.

He said Nigeria is shifting its attention from oil to gas “as the vehicle that can deliver prosperity to our country”.

The GMD added that  there is need to alter legislation for the delivery of gas in Nigeria, stressing that “you cannot do this without the right framework because companies will like to see how they invest their monies and get them back.”.