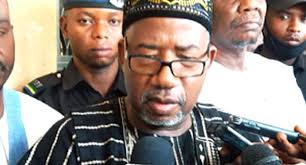 The Governor of Bauchi State, Bala Mohammed, has reacted to the outrage over his comment which he made in regards the Fulani Herdsman bearing arms and animation.

His spokesperson Makhtar Gidado,in a statement he released on Sunday, he said, “It is incumbent on all those criticising him to admonish those governors whose lack of restraint is responsible for the escalation of this crisis”.

Quoting Bala Mohammed as saying that it would be inappropriate to label an entire tribe as criminals based on the crimes of a few members of the ethnic group.

The spokesman said the governor referring to the AK-47 was to put in perspective the real predicament and desperation of those law-abiding Fulani herdsmen.  He said some of who has become a victim of crime.

On the issue of the forest been a ‘No-Man’s Land. The spokesman”called it the Governor’s carry-over from his own geo-political environment where a pastoralist could set up camp in any forest without causing any uproar.

“To interpret such a temporary stay as a form of ‘land grab’ by the Fulani herdsmen is completely incorrect.

“Mohammed is very familiar with the Land Use Act, including the criteria for land acquisition and cannot, therefore, seek to undermine the statute which, as governor, he has sworn to uphold,” Gidado added.