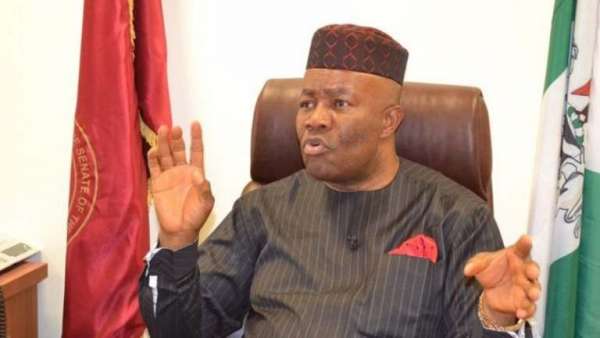 Akpabio, who received the document in his office in Abuja, expressed satisfaction with the committee’s job, stating that the report would mark a turning point for the NDDC and the development of the Niger Delta region.

The minister reiterated that President Muhammadu Buhari’s directive for a holistic examination and review of the operations of the NDDC, which culminated in the inauguration of forensic auditor and subsequently the security team, was in order to salvage the NDDC and the entire Niger Delta region.

He said, “From my own observation, l want to thank you for taking this national assignment seriously. This assignment was from the commander -in-chief, President Muhammad Buhari, though being supervised by the ministry, l want to thank you on his behalf, the security committee for a very difficult job which you have done very well.”

Akpabio expressed gratitude to the committee for the timely completion of the report which, he said, would be submitted to the president, adding that the security team exhibited high level of discipline, candour and brilliant comportment knowing that the exercise would not be successful without security assistance.

While presenting the report, the chairman of the Security Team for the Forensic Audit of the NDDC, Rear Admiral Bamidele Oluwagbamila, said the team worked with the auditors under the right environment, adequate security at the hotels and the various project sites, which enabled a successful execution of the job.

Oluwagbamila added that the security team which was formed about a year ago comprised the personnel of the Nigerian Navy, Army, Nigerian Police Force, Department of State Services and Nigeria Security and Civil Defence Corps (NSCDC).