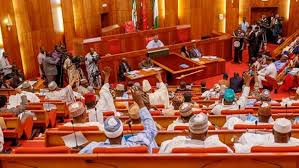 The Senate Committee on Public Accounts has summoned the Minister of Finance, Budget and National Planning, Mrs. Zainab Ahmed, and the Accountant-General of the Federation (AGF), Mr. Ahmed Idris, over an alleged secret withdrawal of N7.5 billion from the two per cent National Automotive Council Levy Account domiciled with Central Bank of Nigeria (CBN).

The committee, chaired by Senator Matthew Urhoghide, yesterday hinged the invitation on a report of the Auditor-General of the Federation (AuGF) which the lawmakers were considering.

irregularly withdrawn from the two per cent National Automotive Council Levy Account with the Central Bank of Nigeria, Abuja in two installments of N2,800,000,000 (in 2005) and N1,036,000,000.00 (in 2006) by the Accountant-General of the Federation and the Federal Ministry of Finance as car loan to be granted for the security personnel car purchase scheme loan.

“The transaction was carried out by the presidency in collaboration with the Bank of Industry, the Federal Ministry of Finance and the Accountant-General of the Federation without the involvement of NAC, the account owner. However, the principal and the accrued interest from the fictitious loan have not been paid back nor are records available on the beneficiaries, agreement documents, moratorium, duration of the loan, the yearly interest rates accruable and how the fund will be paid back by the beneficiary.

“The director-general has been requested to intensify correspondence with the Minister of Finance, Accountant-General of the Federation and the presidency to recover the fund (loan).”

When the committee asked the Director-General of the National Automotive Design and Development Council, Mr. Jelani Aliyu, about the withdrawal, he said the money was withdrawn without the knowledge of the agency.

According to him, the agency has been writing to the Accountant-General and the Ministry of Finance on the need for a refund but there was no response.

Displeased with the development, the senators resolved to summon the minister and the accountant-general of the federation to shed more light on the withdrawal of the fund.