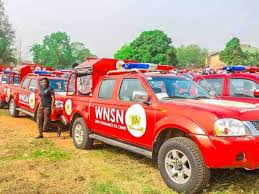 Ibrahim Ogundele of Oyo State Command of the state security network, known as Amotekun corps, has shot a police special constable, he has been apprehended, the incident happened in Oyo town of the state.

From a credible source, the bullet fired by the Amotekun operative hit the special constable, identified as Fatai Yekini on his thigh, but he was promptly rushed to the General Hopital Owode area of the town for medical attention.

The alleged shooting was said to have occurred while the police and the Amotekun operatives attempted to dislodge some youth who organized a street carnival at Sanga area of Oyo town on Sunday.

You will recall that special constables where recruited recently by the Nigeria police for effective community policing, were deployed to their various communities for effective policing at the community level.

The state government has earlier placed a ban on any carnival as a measures to checkmate the spread of COVID-19 amidst the second waves of the pandemic across the  state.

The special police constable is attached to Ojongbodu police station. The incident was later confirmed by the police public relations office of Oyo state command my Olugbenga Fadeyi that the incident happened when the police where responding to call to dislodge recalcitrant youth, staging carnival after several warning that such should not be staged. The PPRO, said “the Amotekun personel has since be arrested and his currently undergoing investigation at Ojongbodu Police station”