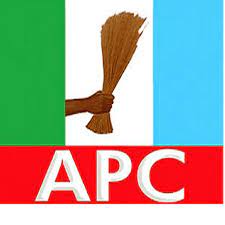 In what could be described as a weird development, the All Progressives Congress (APC) in Cross River State says it has placed an order for three million bunches of brooms from local broom makers for the new entrants into the party.

The party’s Publicity Secretary, Bassey Ita, disclosed this in a statement made available to reporters in Calabar on Monday.

Mr Ita said broom, which is APC’s symbol, had suddenly become scarce in the state, following the influx of new members, in the wake of Governor Ben Ayade’s defection into the party.

“To address the challenge, the party ordered for three million bunches of brooms from local suppliers to meet the growing demand.

“It is no longer news that the broom revolution has since hit our dear state, following the defection of our amiable governor to our party.

“But what is now news is that broom scarcity has hit Cross River as millions of our people continue to identify with the party.

The party paid tribute to “the tenacity of purpose and single-mindedness of the people of the state for aligning with the governor in his drive to socket Cross River to the centre”.

An investigation made around various markers found that brooms are now sold between N500 and N1000 respectively.

A trip to Marian maket, Watt market, Mbukpa market and others in the state indicated a shortage of brooms as traders said they ”had no brooms in stock”