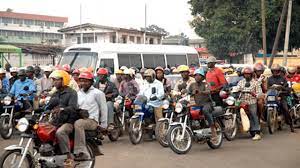 The Court of Appeal in Benin on Wednesday upturned the ban on commercial motorcycles, aka okada, in Edo State.

On June 11, 2013, former governor Adams Oshiomhole verbally banned the use of motorcycles in Oredo, Egor, in the Ikpoba Okha Local Government Area, and Oluku and Ekosodin communities, in the Ovia North East LGA, as well as Eyaen community, Uhunmwonde LGA.

He also ordered law enforcement agencies to confiscate the motorcycles and arrest and prosecute any rider in the affected areas.

But the Court of Appeal in Benin overturned the governor’s order.

Delivering judgement in Appeal No. CA/B/341/2014 between Mr Charles James and others vs the Edo State Government and five others, the court upheld the arguments of counsel for the appellants, Dele Igbinedion, that the state governor lacked the legal powers to ban the use of motorcycles in any part of the state by verbal pronouncement.

The Court of Appeal said, “It is hereby declared that the governor’s verbal ban on the use of motorcycles was unconstitutional, illegal, null, void and of no effect whatsoever.

“An order is issued forthwith setting aside the governor’s verbal ban on the use of motorcycles.”

The court further awarded the sum of N301,000 as compensation and cost in favour of the appellants against the governor of Edo State.

The lead judgement was delivered by His Lordship, Georgewill Brown JCA, while other justices concurred with the ruling.

Dissatisfied with the ban on motorcycles, the appellants had briefed their counsel, Dele Igbinedion, who filed a lawsuit before the Federal High Court, Benin City, wherein the plaintiffs challenged the power of the state governor to ban the use of motorcycles through a verbal order.

The  Federal High Court dismissed the suit, stating that the plaintiffs’ fundamental rights to freedom of movement was not infringed upon because if security agents stopped them from using motorcycles, they could use other means to move around.

The plaintiffs, however, disagreed with the reasoning of the learned trial judge and filed an appeal at the Court of Appeal.

Speaking shortly after the judgment, counsel for the appellants, Igbinedion, said, “The effect of this judgment is far reaching. It means that Edo people are now free to ride their motorcycles in the whole of Edo State without fear of molestation. Any security agent who molests anyone riding a motorcycle in any part of Edo State does so in contempt of the order of the Court of Appeal.”