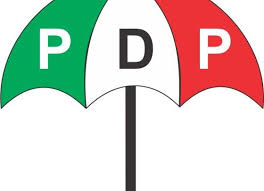 The Peoples Democratic Party has described the regime of the President Muhammadu Buhari as “a parlour of corruption for fraudsters.”

The assertion by the opposition party followed the reported revelation by the National Security Adviser, Babagana Monguno, that $1bn arms funds went missing under the watch of the immediate-past service chiefs.

This was as Socio-Economic Rights and Accountability Project; and Transparency International called for the probe of Monguno’s allegation by anti-graft agencies.

Monguno had, in an interview with the Hausa Service of the British Broadcasting Corporation early Friday, alleged that neither the funds nor the weapons the ex-service chiefs were meant to buy could be traced.

The NSA said the President would soon order a probe into the matter.

But after Monguno’s comment went viral in the news, the Presidency said no such funds were missing, adding that Monguno was misquoted.

The NSA himself later denied the statement, saying he was misquoted.

But reacting to the development in a statement on Saturday by its spokesman, Kola Ologbondiyan, the PDP insisted that Monguno’s comment had confirmed that the Buhari government was corrupt.

The PDP said Mungono’s revelation only confirmed earlier concerns that funds removed from the national treasury in 2017 was not used for the purchase of Super Tucano aircraft for the Air Force but was diverted under Buhari’s watch.

It said, “The fresh revelation by the NSA only goes to further validate the anxieties in the public space that the money, which was in 2017 sneaked out from the national coffers without appropriation, has since been diverted to private purses of corrupt APC leaders and the criminal cabal in the Buhari Presidency.

“The uncontroverted revelation of the NSA leaves no one in doubt that the Buhari Presidency has become a parlour of corruption for fraudsters, criminal cabals and treasury looters, who have been pillaging our national coffers under executive cover.

“Nigerians could see how officials of the Buhari Presidency have been struggling to divert attention from this huge swindle by claiming that the money was spent for the purchase of 12 Super Tucano planes, which it also claimed would be delivered in 2020, only for the NSA to now declare that the entire fund cannot be traced.

“Four years down the line, nobody has seen the Super Tucano planes and no explanation has been given by the Buhari Presidency over the whereabouts of the money.”

The PDP said it recalled that it had earlier in July 2019 asked questions on the funds but rather than address the issue, the Buhari regime resorted to hauling insults at the opposition party.

It said, “While it is common knowledge that this administration is into treasury looting, our party asserts that stealing money meant for purchase of arms to protect the people is an unpardonable sacrilege.”

On its part, SERAP said Monguno’s denial should not be the end of the issue, adding that Buhari should order anti-graft agencies to probe the missing arms funds.

SERAP’s Deputy Director, Kolawole Oluwadare, said,  “Any allegations of corruption in the spending of public resources must be promptly, thoroughly, independently and transparently investigated. Suspected perpetrators should be brought to justice if there is relevant admissible evidence. Any missing public funds must be fully recovered and returned to the treasury.

“Investigating and prosecuting the allegations would help Nigerians to know if the funds meant to defend the country and for purchase of arms to empower Nigerian soldiers have been transparently and accountably spent.”

Commenting on the allegations of missing fund on Saturday, the Chairman, TI Nigeria, Musa RafSanjani, said denial by government officials was unacceptable to Nigerians, insisting that a thorough probe must be carried into the allegations.

He stated, “President Buhari, EFCC, and ICPC should begin to investigate this. The EFCC and ICPC should swing into action, they don’t need the President to direct them to do this. They have the power and responsibility to do that. We expect that the National Assembly should carry out their investigative and public hearing which should be transparent and accountable.’’    ,,