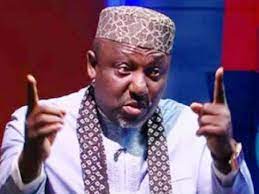 Former Imo State Governor, Rochas Okorocha, has cautioned against politicising the security challenges in the state, blaming the attacks on poverty and injustice.

Briefing journalists on Thursday in Jos, the ex-governor who represents Imo West Senatorial District, called on the government to urgently address the issues before it escalates.

“The recent attack on the police headquarters, the Correctional Centres in Imo State, the unending herdsmen crisis and banditry, Boko Haram, kidnappings, these are all products of poverty and injustice,” he said three days after gunmen stormed the Nigerian Correctional Services and the Police Headquarters in Imo State, freeing an unspecified number of prison inmates.

“Time has come for we as political leaders to tell ourselves the truth and address this ugly situation and help our men and women of the Armed Forces and the police who are currently fighting the symptoms and not the disease. Something must be done urgently too.”

The ex-governor also condemned the sense killings, adding that life is sacred and no human has the right to take another person’s life.

The gunmen who stormed the security agencies on April 5 set the facilities ablaze.

During the attack, one person suspected to be a fleeing inmate was hit by a bullet while carrying his travel bag.

His lifeless body was visibly seen on the ground in front of the correctional centre.

They were said to have operated from 1:00 am till 3:00 am during which they sang solidarity songs at the Government House Roundabout for about 30 minutes before attacking the facilities.

One thought on “Attacks in Imo State- Injustice Poverty, are Responsible – Okorocha”