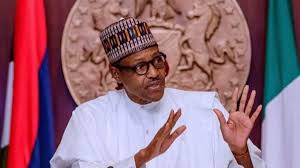 President Muhammadu Buhari has said the loss of the Chief of Army Staff (COAS), Lt. Gen. Ibrahim Attahiru, and 10 other military officers and men during last Friday’s plane crash in Kaduna has increased the nation’s problems.

The president, while receiving a delegation of the Nigeria Governors’ Forum (NGF), at the State House, Abuja, that paid him a condolence visit over the death of the 11 military officers and men, expressed concern over their death at a time the country is battling security problems.

The President of the Central African Republic, Mr. Faustin-Archange Touadéra; King Salman bin Abdulaziz Al Saud of Saudi Arabia; and the Secretary-General of the Anglican Communion, the Most Reverend Josiah Idowu-Fearon, also commiserated with the president.

Buhari reiterated the commitment of his administration to provide adequate security for Nigerians as well as ensuring their well-being.

Buhari told the NGF delegation led by its Chairman and Governor of Ekiti State, Dr. Kayode Fayemi, that only God knew why the plane crash happened.

He expressed the resolve to continue to work hard hoping that God would provide the enablement to deal with the challenges.

He said: “This is a situation that only God knows when it will happen and it happened at a time when the security situation in the country is a fundamental issue.

“And to lose choice officers has increased our problem; but we know what we are in for and we will continue to work hard and pray hard so that God will give us the power to appreciate and apply ourselves to the problem.

“The people who elected us, they know the promises we made within the time…the circumstances which we find ourselves…we will keep on trying and continue to do our best.”

Earlier, Fayemi, whose delegation included his counterparts from Yobe State, Alhaji Mai Mala-Buni; and Niger State, Alhaji Sani Bello, had commiserated with the federal government over the death of the military officers and men, stressing that the incident is deeply felt by the president.

He said when governors canvassed changing of service chiefs, the president heeded, adding that the impact of the action is already being felt.

He described the death of the officers as a big blow but added that the war against insecurity must be won.

He said: “We’ve read your statement and this delegation of governors consider it a duty and as part of our obligation as your representatives to commiserate with you over the loss of your gallant officers. We know it is an event that has touched you. When we mentioned the necessity for a change of service chiefs, you were determined to get the best set of people, you gave your assurance and the military was beginning to feel the impact. We know that this is a major blow and you’re unrelenting in your quest/commitment to ensure peace and security in our country.

“It’s unfortunate the losses we have suffered. We only pray God gives both the families and the country the fortitude to bear the loss, pray that God gives our country greater resolve to continue on the path that the late COAS towed.

“For us, we must defeat banditry, insurgency, and criminality. That’s the mandate you gave them. This should not lead to any retreat or surrender on our part.

“As you have promised, we know that our country will do everything to ensure that the administration will do all to take care of the families of the departed officers. It’s an indication of how protected the active officers would be.”

Meanwhile, Buhari has said his major priority is to provide adequate security for Nigerians as well as to ensure their well-being.

The president, while hosting Touadera at State House, Abuja, told him that his first concern for his people is their security and well-being.

He said: “At all times, that is my first concern, my priority. That is why we are hosting a summit of the Lake Chad Basin Commission in Abuja, to discuss the situation in Chad, and the implications for neighbouring countries.

“The recharge of Lake Chad with water from Congo Basin is another issue, as it holds great implications for security, since about 30 million people are affected.”

Earlier, Touadera had commiserated with Buhari over the military plane crash last weekend in Kaduna.

He said the Central African Republic was about rebuilding its army, and would need Nigeria’s help, as well as for Nigerian businessmen to come into the country to invest in diverse areas.

“We want closer ties with Nigeria, and that is one of the reasons I am here,” Touadera said.

Also yesterday, Buhari received a phone call from King Salman Bin Abdulaziz who commiserated with him and the people of Nigeria following the recent plane crash in Kaduna.

The Saudi King expressed solidarity with Nigeria in the wake of this national tragedy.

Buhari and the king exchanged pleasantries on the occasion of the Eid which was marked after the 30-day Ramadan fast and prayed for peace, security and progress in the two nations and the subregions.

The Saudi king also prayed for the repose of the souls of the deceased military men.
The conversation by both leaders also covered the deep-rooted ties between the two countries and ways to bolster them across various sectors.

Buhari expressed happiness with the king and thanked him for standing with Nigeria in all situations.

The president also received a message of commiseration from Idowu-Fearon, the Nigerian-born Secretary-General of the Anglican Communion, in London.

Idowu-Fearon prayed for the president and the country as the nation mourns Attahiru and others.

Expert suggests possible cause of crash

An expert, Air Commodore Abayomi Balogun (rtd), yesterday explained the likely cause of the crash of the aircraft in which a former Chief of Army Staff, Lt. Gen. Ibrahim Attahiru and 10 others lost their lives last weekend.

Balogun disclosed that although the Accident Investigation Bureau (AIB) would unravel the actual cause of the accident, the incident could have been as a result of bad weather or an act of God which was beyond the control of the pilot.

Speaking on ARISE NEWS Channel, THISDAY’s broadcast arm, Balogun noted that the pilot must have carried out the necessary basic checks before departure.

He stated that although the aircraft would usually show weather conditions, a pilot may not be able to determine its intensity until he is fully in flight mode.

He added that before that, the radar screen in front of him would show the category of intensity, explaining that he must have also seen the runway before attempting to land.

“There is something called act of God and weather is one of them. You may have early warning, but the intensity cannot be determined until you are inside it.

“To make it simpler, when you fly at high altitude, sometimes you feel a sudden loss of altitude as if the plane will drop, then it regains strength,” he added.

According to him, this is caused by what he described as a convective current or unstable current, adding that when it happens close to the ground, the pilot may not have enough time to react.

“We are assuming that that took the aircraft off the runway and the pilot hit an object and it exploded,” he added.