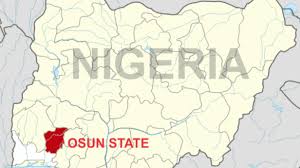 Osun State Government has intervened in the fracas between traditional worshippers and members of a Muslim society in the state capital that claimed the live one person dead.

The incident, which took place on Sunday at Oluode Arayin area of Osogbo, also left 12 others with severe injuries.

Members of the lslamic Society allege that the traditional worshippers stormed the area to disrupt a programme that was going on and later started shooting, leaving 1 person dead and others Injured with vehicles and property vandalised.

They said the victim that was shot during the attack died on his way to the hospital while others who sustained injuries were taken to the state hospital for treatment.

The group said this is not the first time such is happening, saying a similar incident happened in 2004 and 2018 where many of their worshippers sustained injuries.

They called on government to bring the perpetrators to justice, giving an ultimatum of 72 hours.

Speaking, Deputy Chief of Staff to the Governor, Abdullahi Binuyo who led other officials to the area said government will ensure that the perpetrators of the dastardly act are fished out and justice served.

Binuyo said government will make sure that the injured victims who are receiving treatment at the state hospital receive proper care.