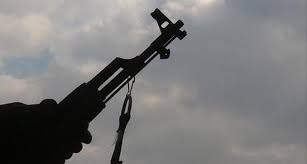 Sixteen persons have been reported killed in two separate attacks in Jos North and Riyom Local Government Areas of Plateau State by men suspected to be herders.

The attack in Dong village of Jos North occurred at about 8.00 p.m. on Sunday as the village came under siege with sporadic gunshots.

The Village Head, Daniel Choji told Channels Television that the attackers came under the cover of darkness to unleash terror on the community. He said the attack left eight persons dead comprising of five females, two males, and an infant.

In another attack in Kwi village of Riyom Local Government area just about a kilometre distance to the Yakubu Gowon Airport, the attackers invaded the community on Sunday night leaving eight people dead and one injured.

The member representing the Constituency in the Plateau State House of Assembly, Timothy Dantong confirmed to Channels Television that four males and four females were killed in the attack.

He described the attack as barbaric, senseless and inhuman. He also called on security operatives to live up to their responsibilities by responding to distress calls earlier and ensure that perpetrators of the heinous acts are apprehended accordingly.

In a statement from the Police Public Relations Officer in the state, Gabriel Ubah, the command received a distress call from the community and responded with the deployment of a combined team of security personnel an Assistant Commissioner of Police to repel the attackers.

He added that security personnel have been deployed to the affected areas to forestall the breakdown of law and order.