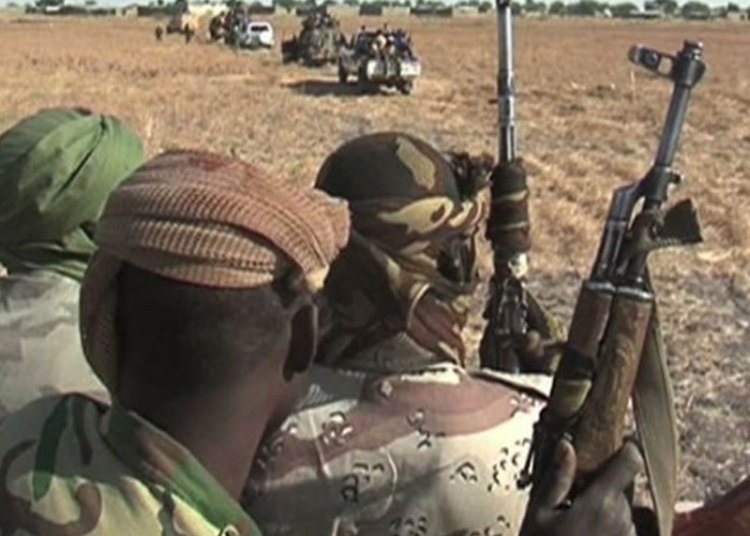 A total of 222 people have been killed while 774 others have been kidnapped by bandits in Kaduna state in the past three months.

This was contained in the second quarter security report, presented to Governor Nasir El-Rufai by the Commissioner for Internal Security and Home Affairs, Mr. Samuel Aruwan on Tuesday at the Government House Kaduna.
Aruwan said the report covers the period between April 1 to June 30, 2021.

The report showed a slide reduction in the number of deaths and the number of people abducted.
In the first quarter report, present in April, a total of 323 persons were killed while 949 others were kidnapped by bandits across Kaduna State.

Aruwan also disclosed that a total of 8,553 heads of cattle were rustled in the period under review with most stolen from the Kaduna Central Senatorial District, which accounted for around
5,715 stolen cattle.

Birnin Gwari, Chikun, Kajuru, Giwa and Igabi LGAs, where there are rampant cases of killings and kidnappings are in the Kaduna Central senatorial zone.
He said, “Southern Kaduna Senatorial District recorded 164 kidnapped persons, with Kachia LGA reporting the highest number of 111.

“The Northern Senatorial District recorded 55 kidnapped persons, with 37 of these from Zaria LGA.
“In total, 239 women, and 32 minors were kidnapped in the second quarter across the state”.
The commissioner also disclosed that 20 persons were reported to have been raped across the state during the period, adding that a total of 266 were injured as a result of banditry, violent attacks, reprisals and
communal clashes.

Aruwan also raised the alarm over looming food insecurity, threat to education and attack on health facilities in the state.
He said, “Banditry has hampered farming activities in the frontline areas of the state.
“Bandits attack and abduct farmers working on or on their way to their fields. Several farmers have similarly been killed.

“Furthermore, bandits have begun to extract protection levies from some communities in return for permission to cultivate their fields.

“Many farmers in these areas, fearing for their lives and safety, have abandoned their
fields altogether.

“This has already begun to affect crop yields, and the threat of food insecurity looms large.”
He said the most affected communities are in the frontline Local Government Areas of Birnin Gwari, Igabi, Giwa, Zaria, Chikun, Kauru, Kajuru, Kachia, Kagarko, Zangon Kataf, Jema’a and Sanga.”

Aruwan said attacks on some schools and mass abduction of students portends dire consequences for education in the state.

He said hospitals and other health facilities in frontline locations are equally under grave threat by armed bandits.

According to him, “Banditry has led to the near-total collapse of the local economy in frontline areas, which is mainly sustained by crop and livestock farming. “The activities of bandits in these areas have dispossessed residents of their foremost means of sustenance and disrupted the
operation of the usually dynamic weekly markets.

“Besides the rustling of cattle, the previously highlighted targeting of farmers by armed bandits has generally eroded the economic viability of rural communities, in addition to precipitating a food crisis.
“This has translated to losses running into billions of naira from the rural economy”, he said.
He said the State government’s strategies to address the security challenges were being sustained.
The commissioner decried the politicization of insecurity saying “political mappings and strategies are now frequently being built around the unfortunate scenarios of insecurity, while real people and real communities suffer devastation at the hands of sheer criminals.”
He also “Ethnic and religious narratives are also being built around banditry, to the further complication of security management.

“Too often, attacks by bandits are portrayed to the public by some quarters as ethnically or religiously motivated.
Such groups manipulate religious, ethnic and political sensitivities for their own advantage, simply to advance a cause inimical to peace and stability of the state.”
In his remarks after receiving the reports, Governor Nasir El-Rufai said an unconventional approach is required to enable the state government protect its citizens.

A Government House statement issued after the presentation of the report, quoting the governor as
calling on the federal government empowered the state government to make up for the manpower deficit in the security sector.

“The state government must be empowered and supported by the federal government to make up the manpower deficit in the security sector”, the statement quoted the governor.

According to him, “citizens who have been affected by crime and insecurity are not interested in the distinctions between the federal and state governments in terms of their powers over security.
‘’As a state government, we have also seen at close quarters how the federal security agencies are limited by manpower deficits.

“There are simply not enough boots on the ground to have credible deployments in most places to protect communities, deter crime and enforce law and order.

He said, ‘’an unconventional approach is required to enable us better to protect our communities and we are engaging with the federal government and the leadership of the security agencies on this.