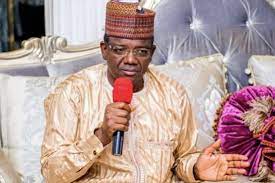 About 30 persons were reportedly killed in Askawa and Gidan Dannunu communities of Zurmu local government area in Zamfara state during an attack by bandits on Sunday evening.

The bandits, who reportedly stormed the community in about 80 motorcycles, were said to have been shooting sporadically during the incident.

It was learnt 30 persons died in the process while several others sustained various degree of injuries.

Though policemen engaged the bandits in a gun battle, they were reportedly outnumbered.

Another villager claimed to have counted at least 29 corpses and participated in the burial of no fewer than 11 persons.

It was also learnt the head of Kwata community, just returning from the market, was one of those killed.

Zamfara Police spokesman SP Muhammad Shehu said the police were investigating the attack and would issue a statement on it soon.

Zurmi local government area has been the worst hit of bandit attacks in Zamfara state.