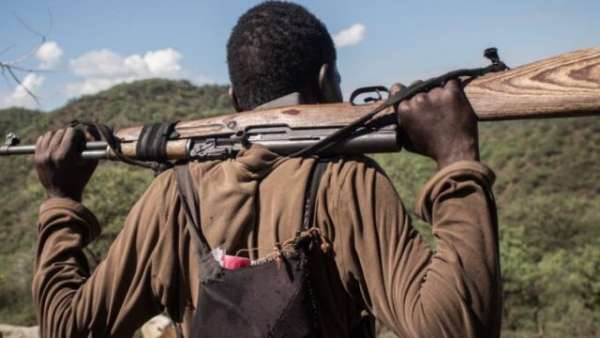 Eighteen people, including a police officer, have been reportedly killed in attacks by bandits on five communities in Chawai chiefdom, Kauru Local Government Area of Kaduna State.

A resident of Kigom, who preferred anonymity, told our correspondent  that the attackers invaded the community in large numbers, shooting sporadically.

One person died in the attack, he added.

Also, it was gathered that six persons were reportedly killed at Ungwan Magaji, six in Kikoba, one from Kigom and five from Kishisho.

“The invaders destroyed property worth millions of naira including farmlands in the affected areas,” the resident said.

When contacted, the Police Public Relations Officer, Kaduna Command, ASP Muhammed Jalige, did not respond to phone calls and text message sent to him.